Here we have some pictures of how was the wonderful goth wedding of Kat Von D & Prayers.

At this celebrity wedding it all began with two very different rooms, one white on white and the

When the guests arrived at the wedding the first thing they saw was a majestic staircase with flowers and two opposite crosses of flowers that invited them to come down to a room where the only touch of color was given by the guests themselves, who had to wear black.
That room was an invitation to think that they were in a wonderful Gothic style church, since they created authentic arches in the windows.
The guests had the pleasure of enjoying a delicious summer cocktail.

All the guests took an exclusive and unique gift from Sephora, a lipstick that Kat Von D designed for her guests and will not be sold in stores.

This entire wedding was designed and implemented by the amazing Wedding Planer Center Of Attention.

Then doors opened inviting you into a red cave, fully decorated and illuminated with touches of skulls and crucifixes, and a sky covered with candles hanging as if you were entering the Harry Potter castle hall.

In the middle of the room there was a castle cake with Kat Von D & Prayers at the door greeting each other. Yeah, on the cake door, isn't it great?

When the guests were seated, everything was ready to begin the wedding ceremony.
The groom appeared in a beautiful Mexican costume with his face covered with a black veil, the bride in a wonderful red dress, and red horns, also wearing a beautiful handmade veil,
with the most different bridemaids we have ever seen at a wedding, they were wearing the bride's veil, dancing and completely covered even the red face.

One of the most emotional moments of the wedding was the moment they read the vows, tears, laughter and hugs happened at this moment.

Once married and ready to try the wonderful vegan dinner, the bride and groom shared complicit glances with each other.

The surprise of the evening was undoubtedly when a beautiful red Yamaha piano appeared in the center of the room, and Kat Von D approached him, played and sang in front of her guests to her already beloved husband.

And so with this wonderful song the bride and groom bid farewell to begin their honeymoon in a secret place....

We can't forget all those people who worked to create this Hollywood super production. 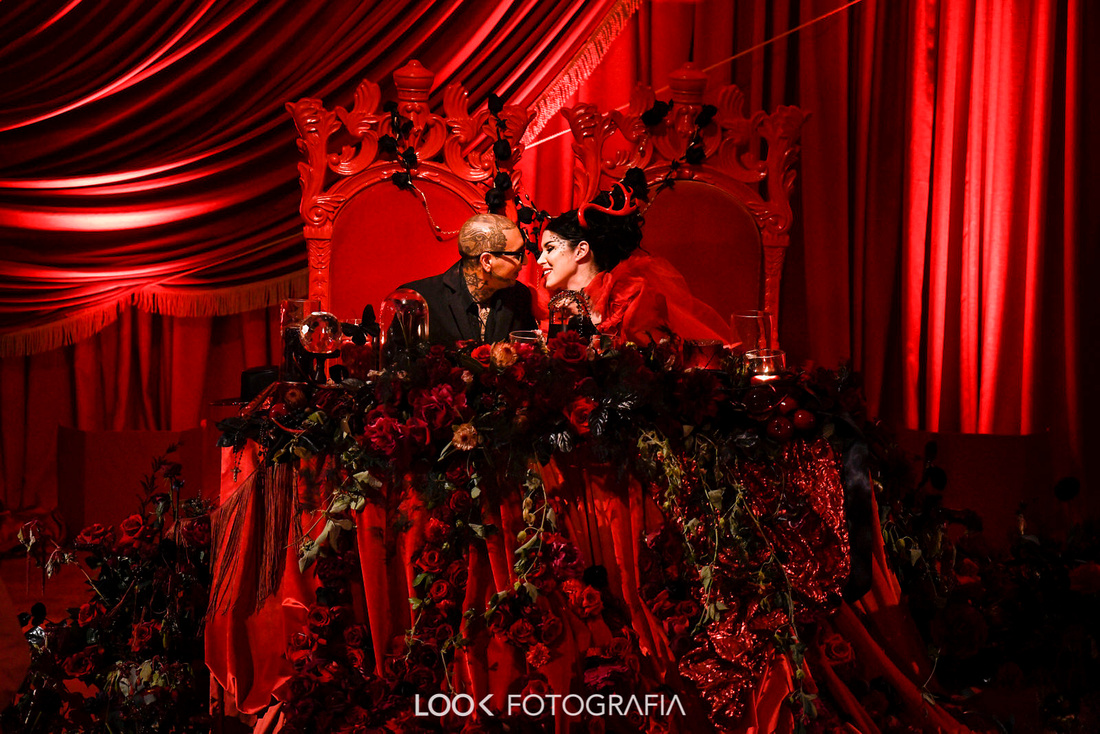 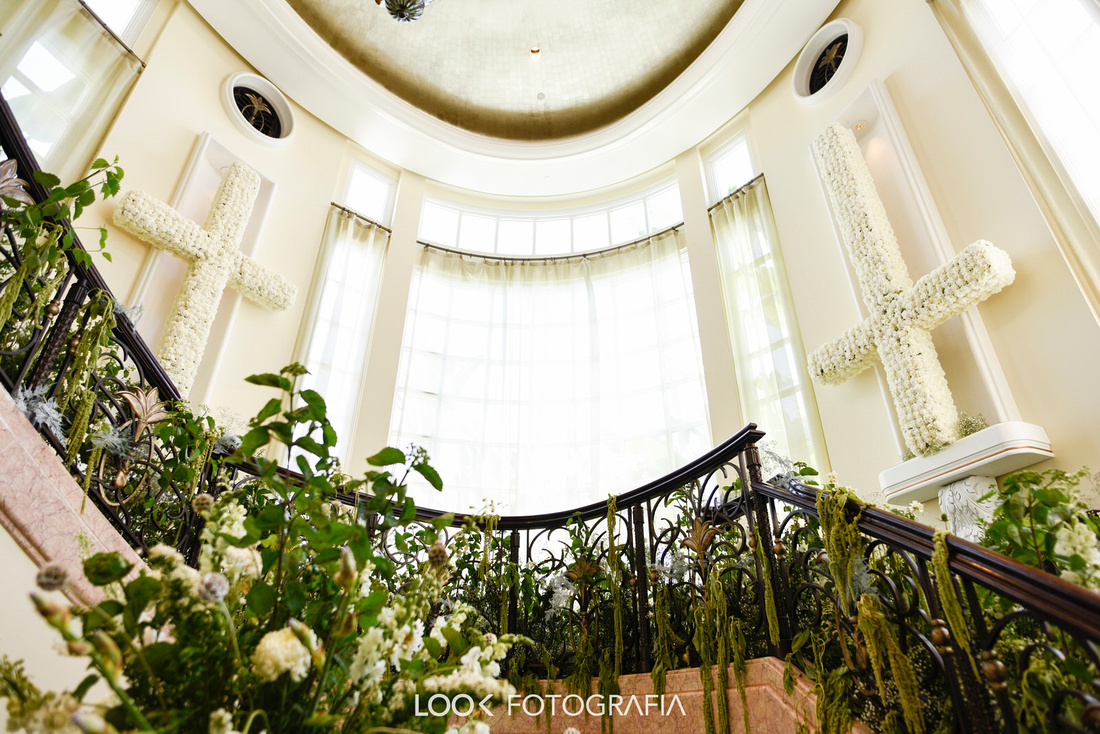 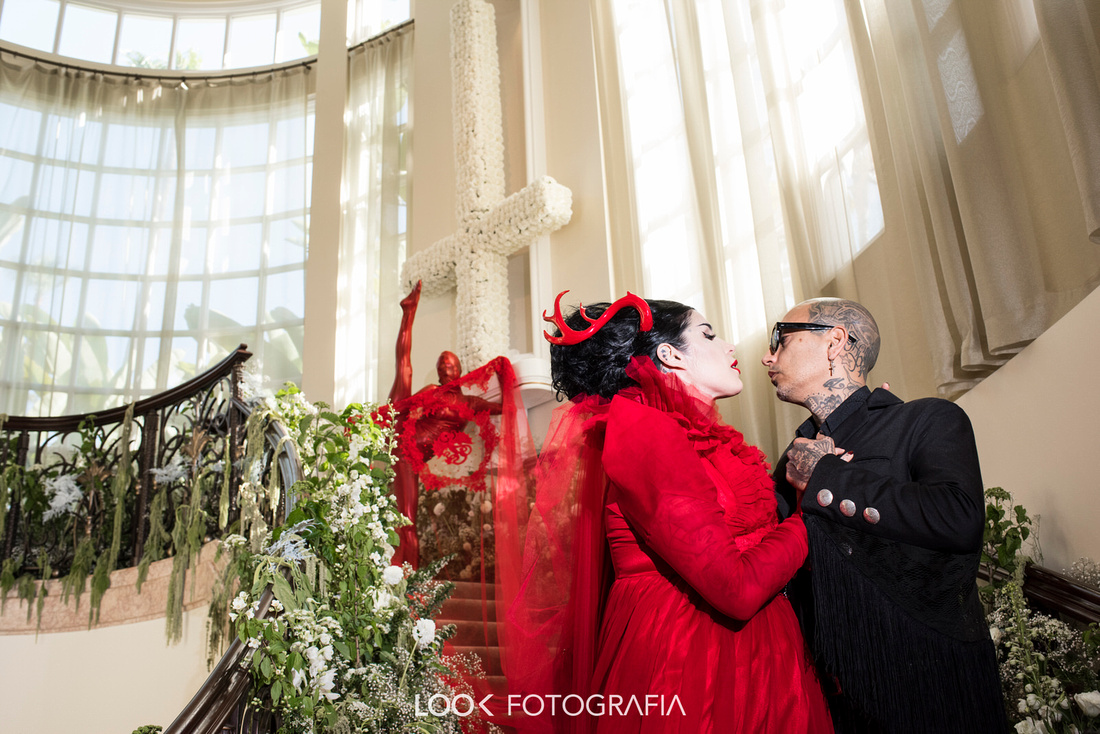 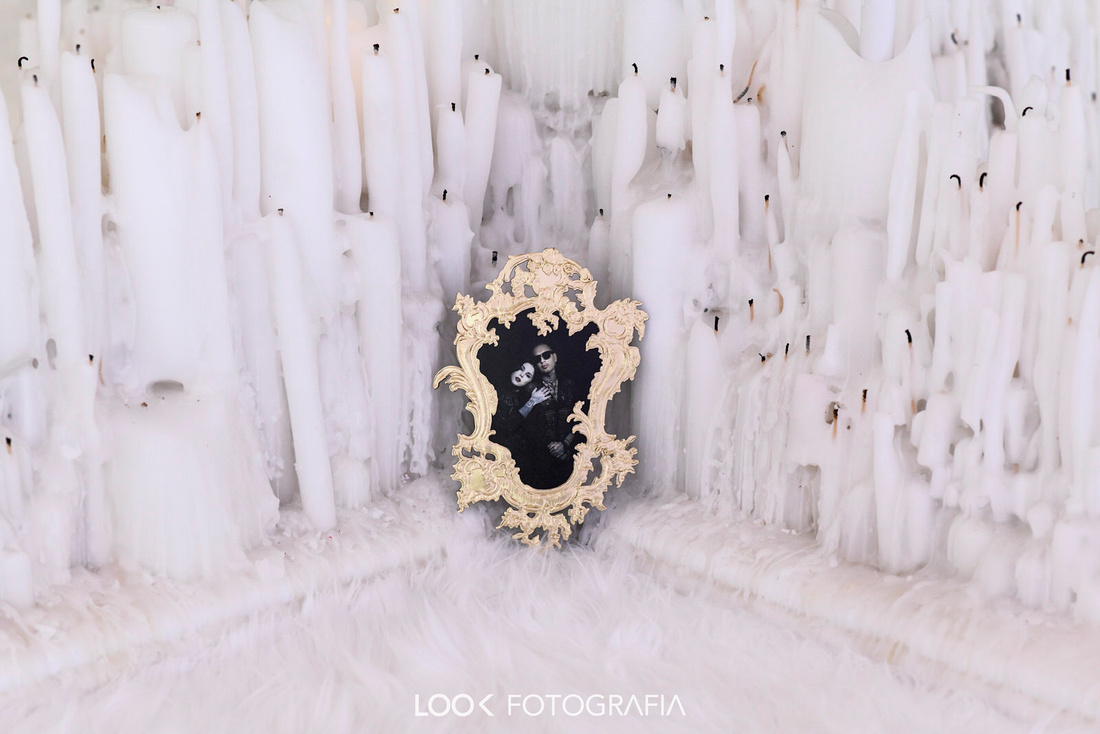 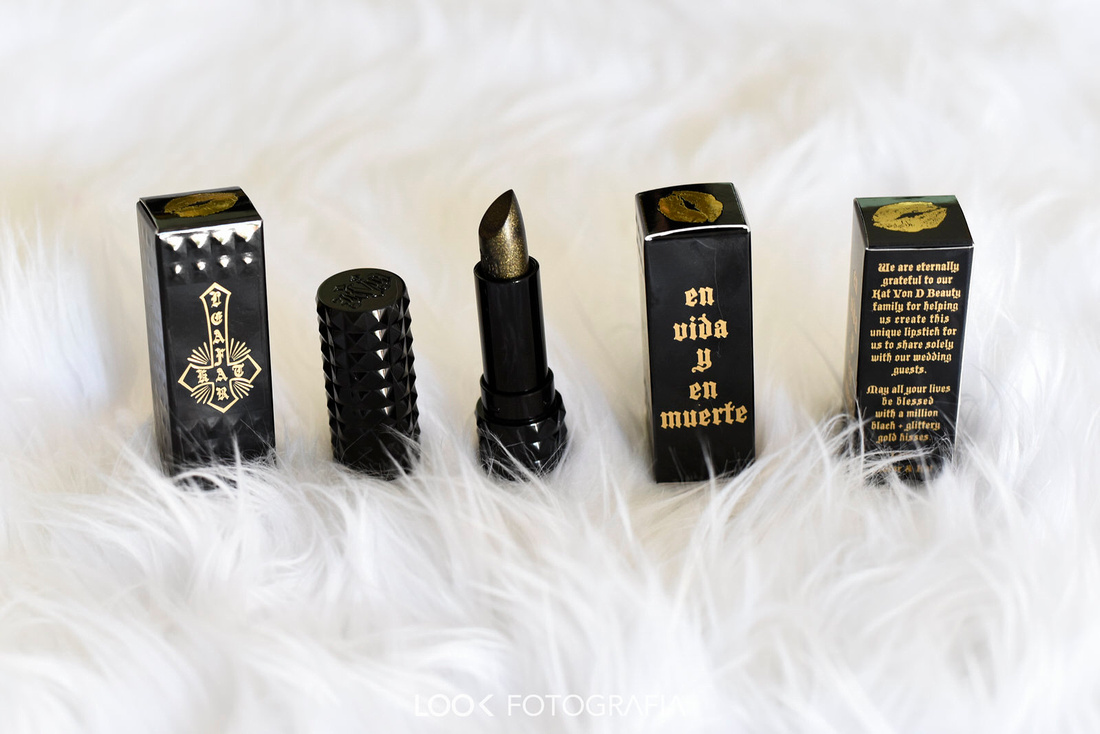 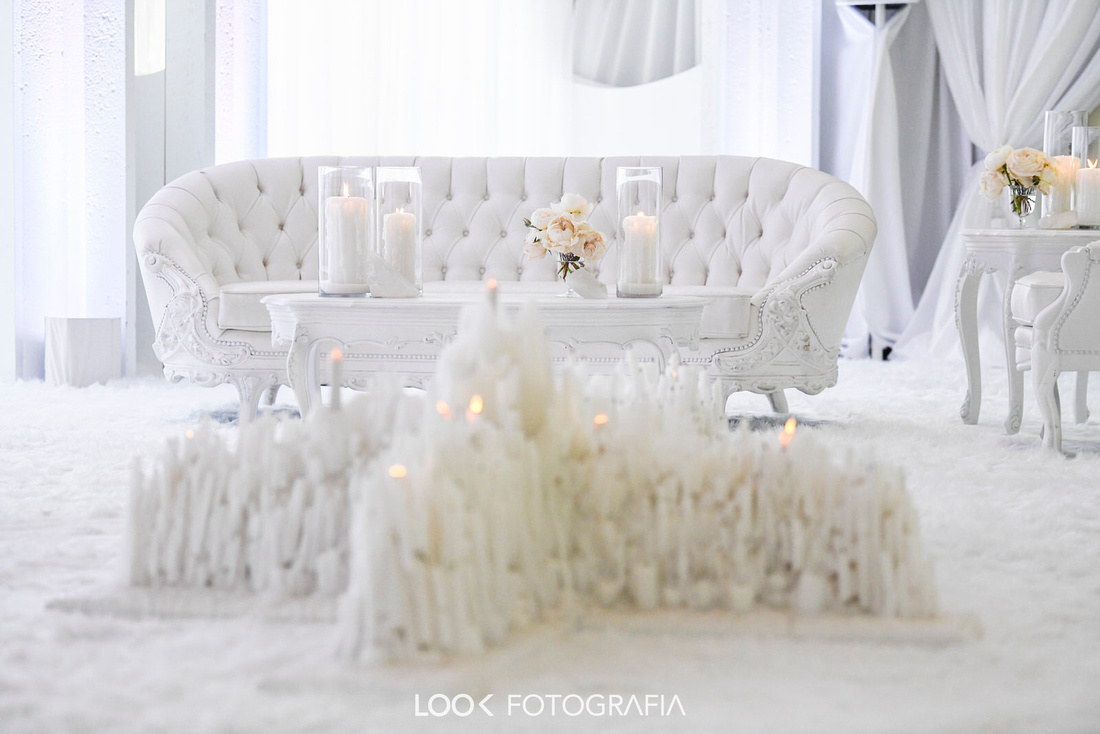 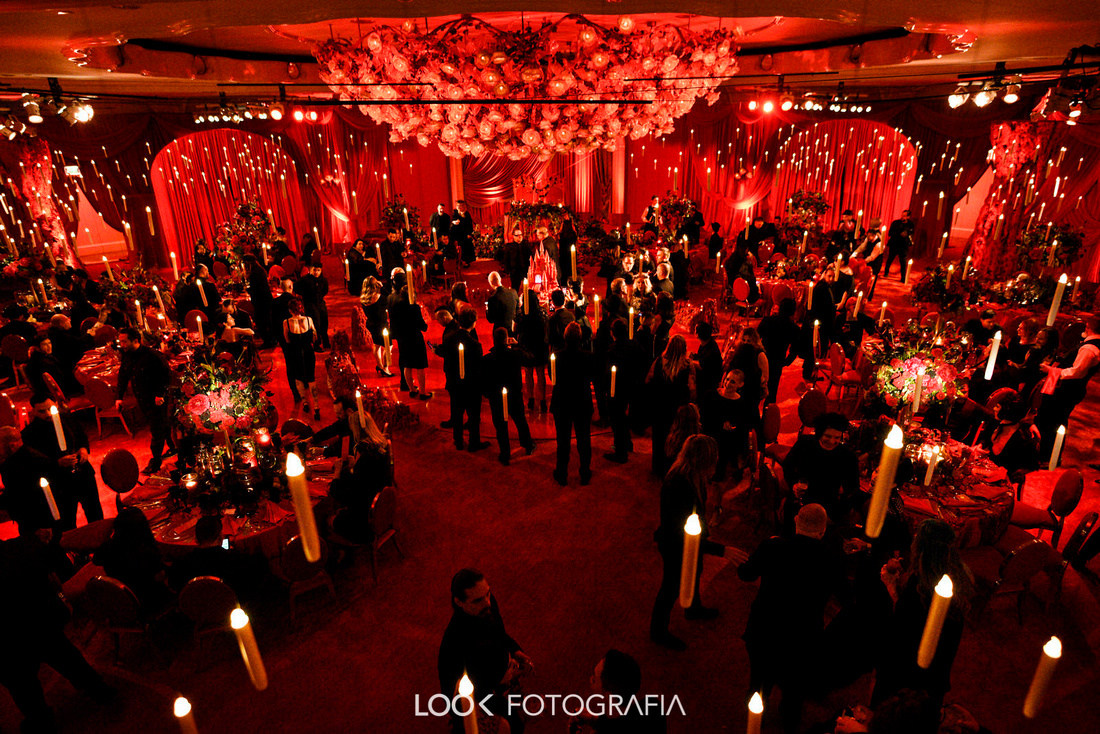 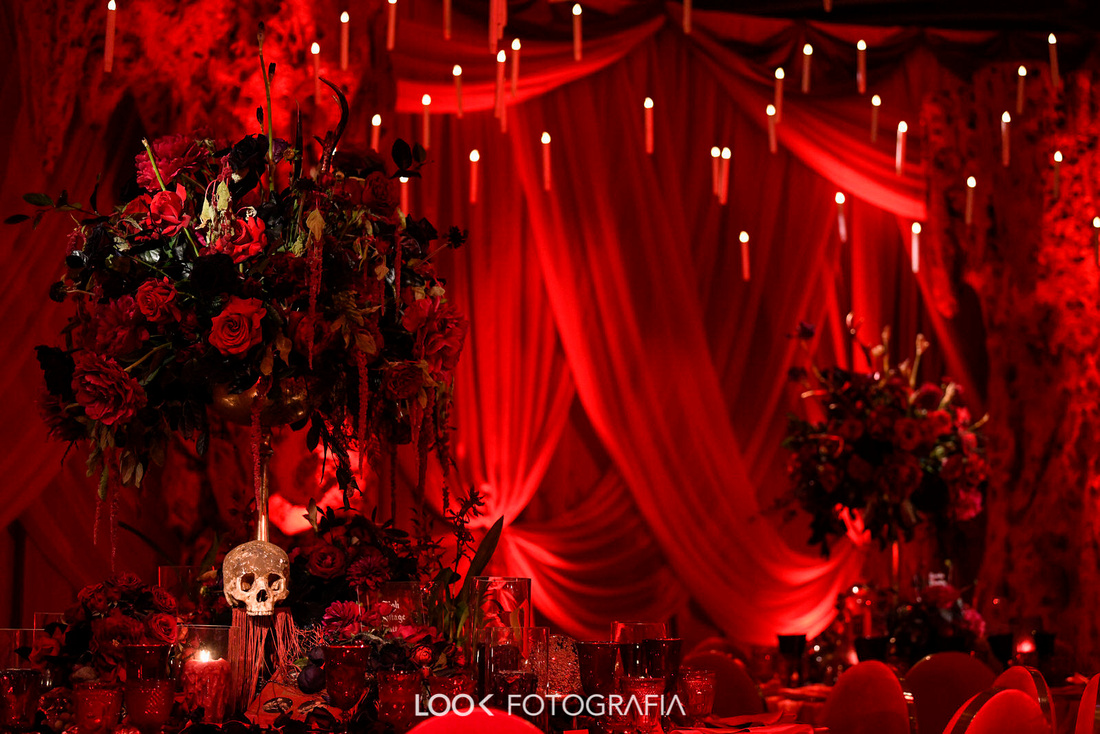 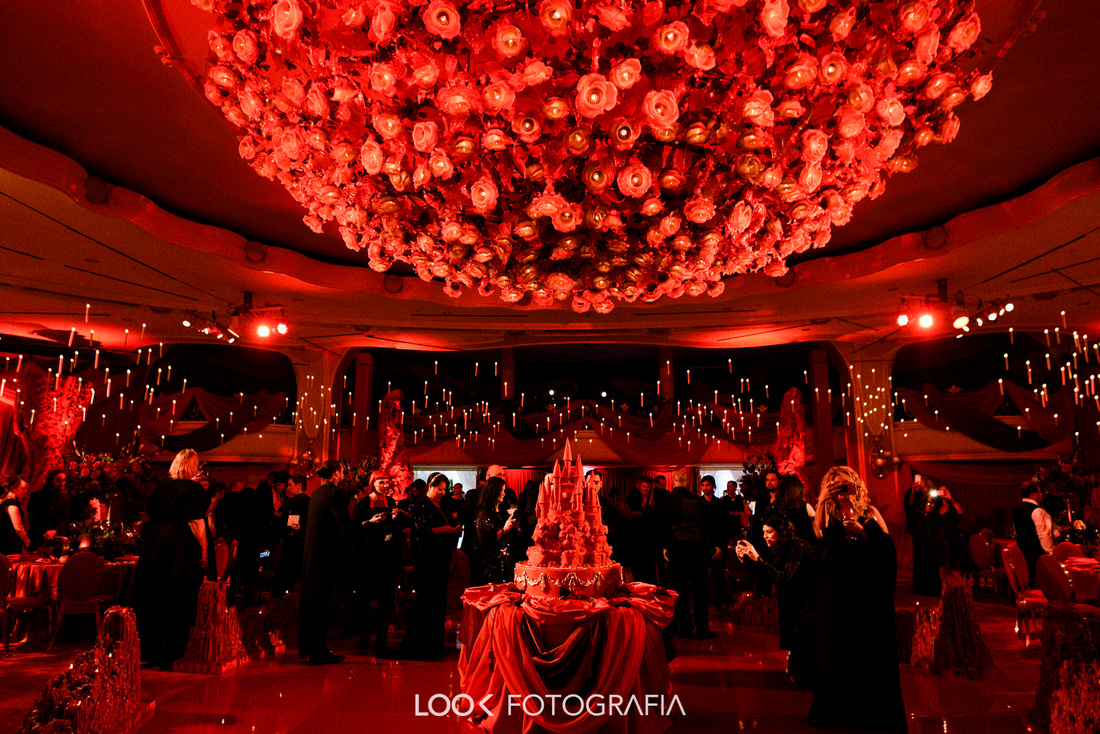 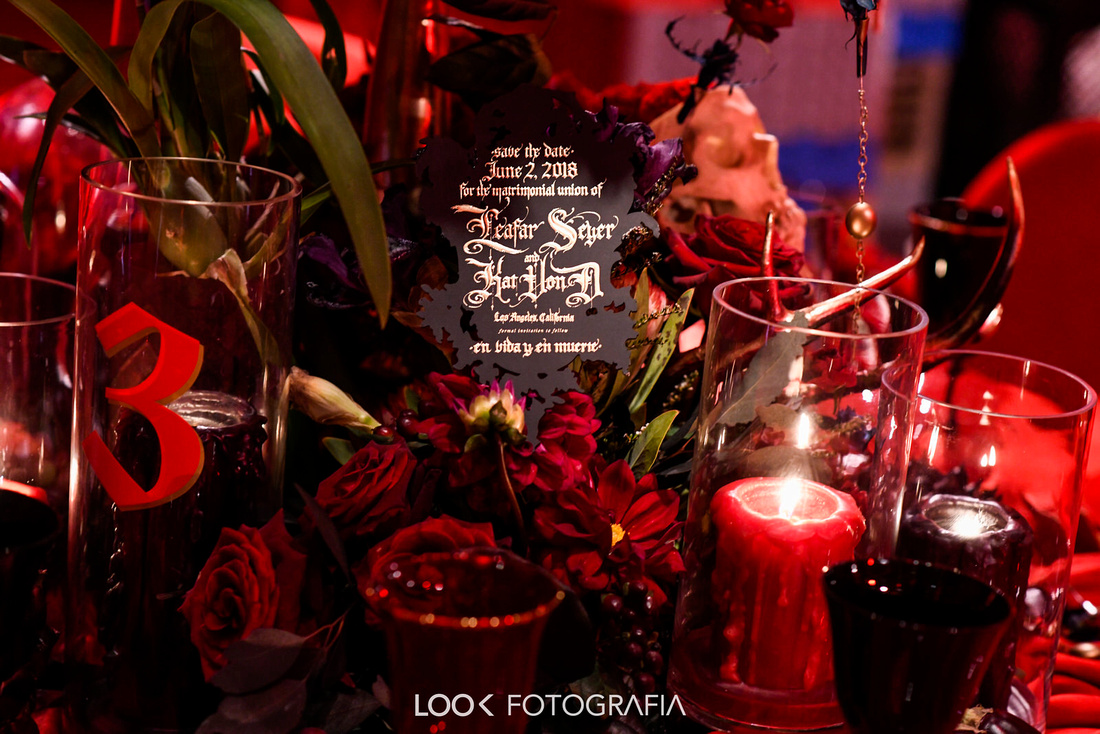 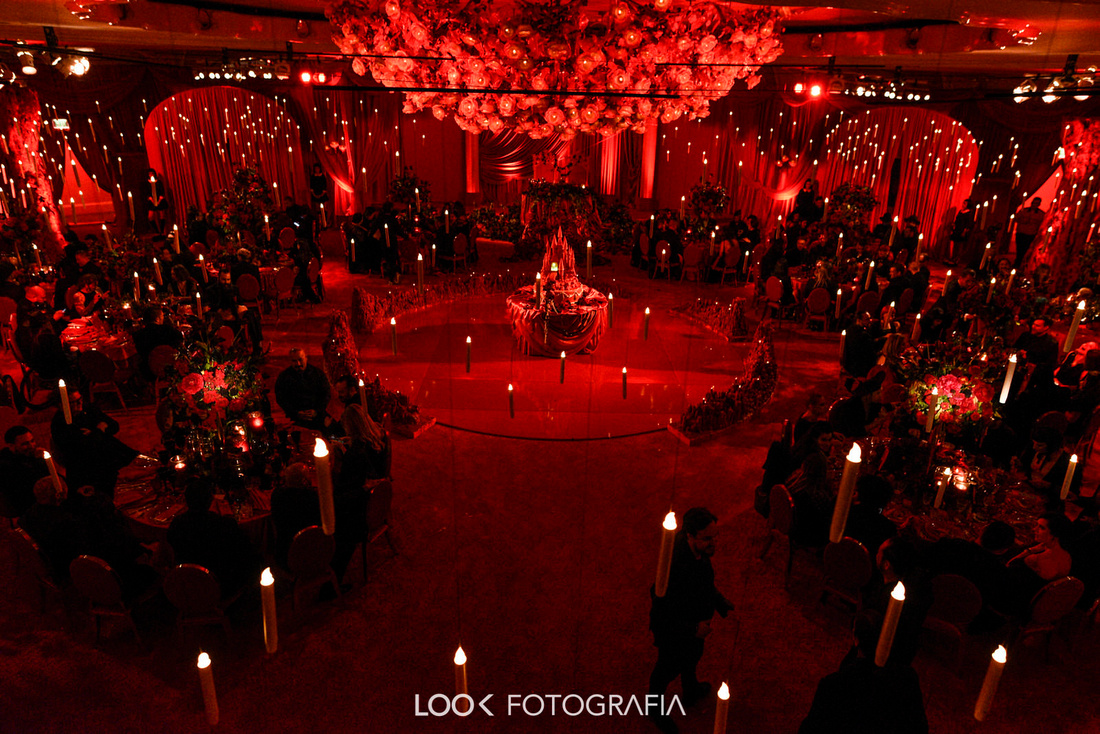 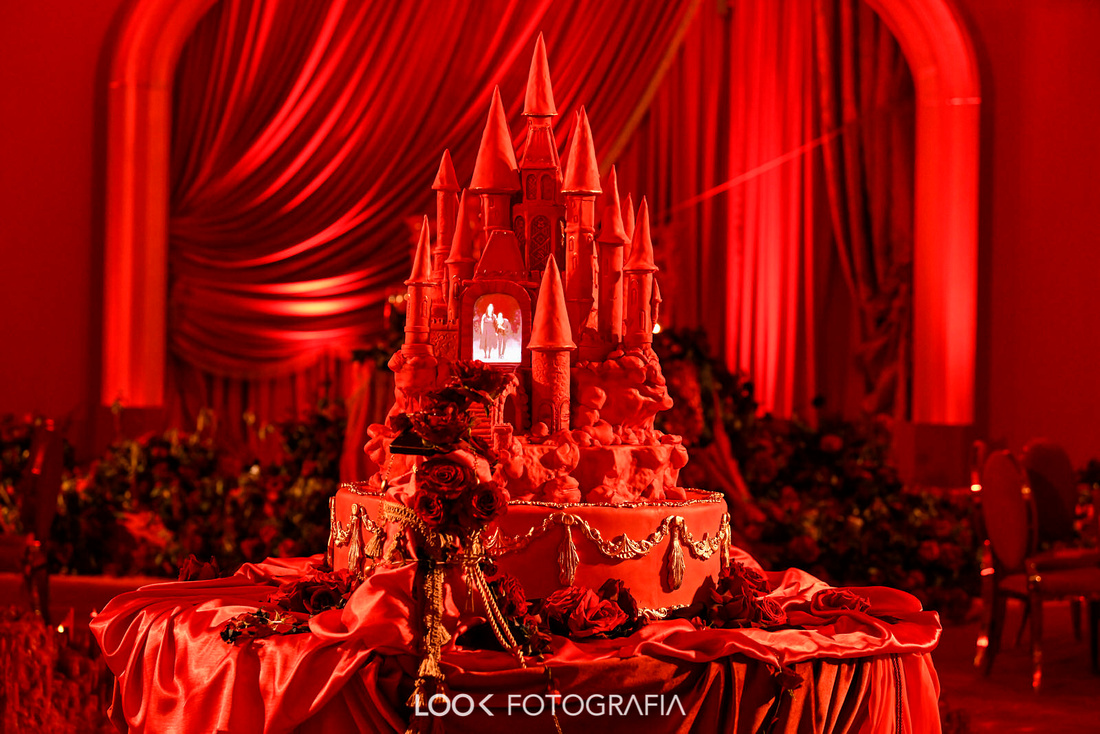 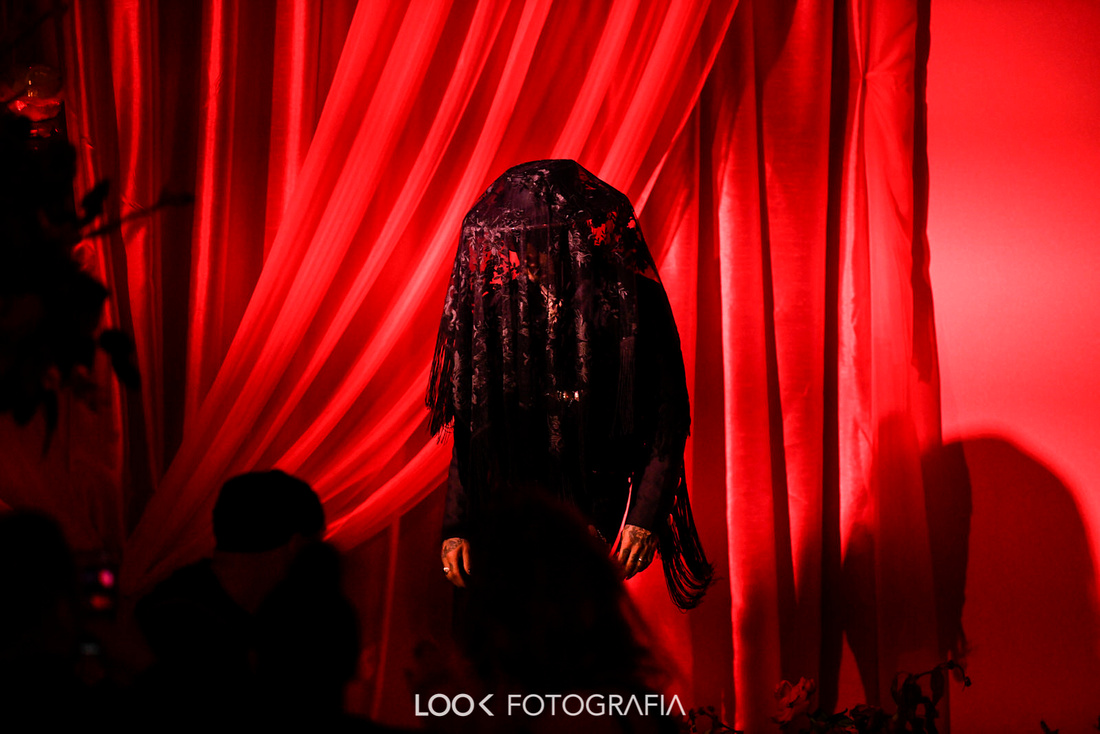 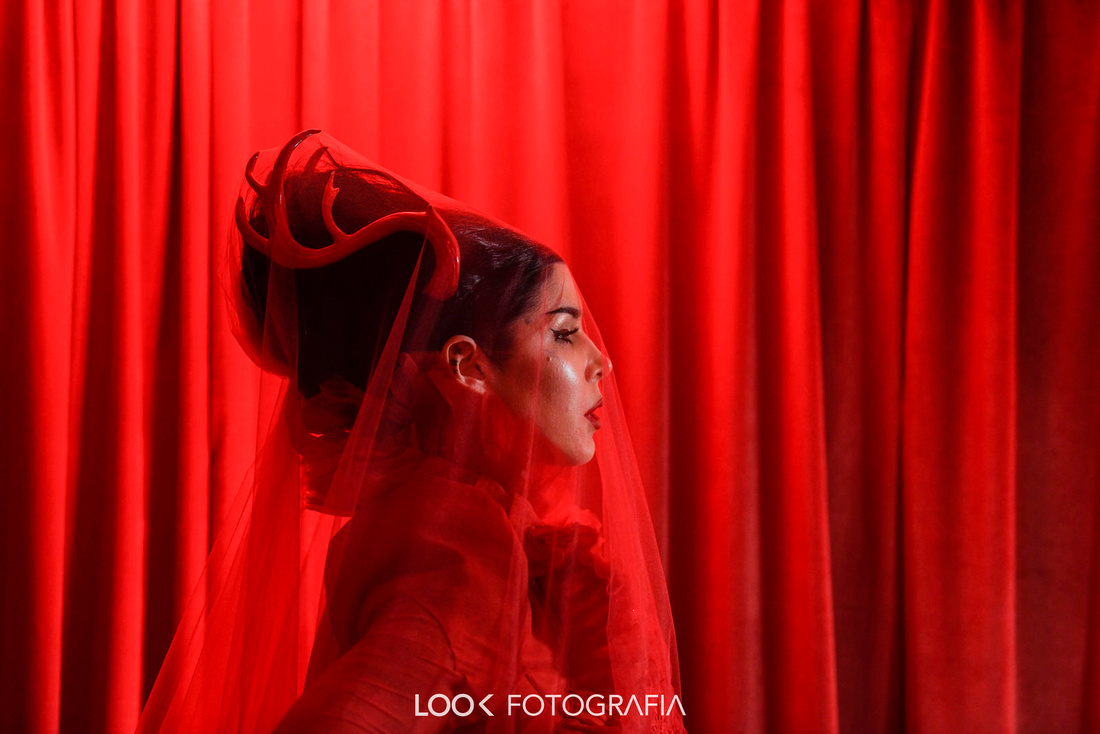 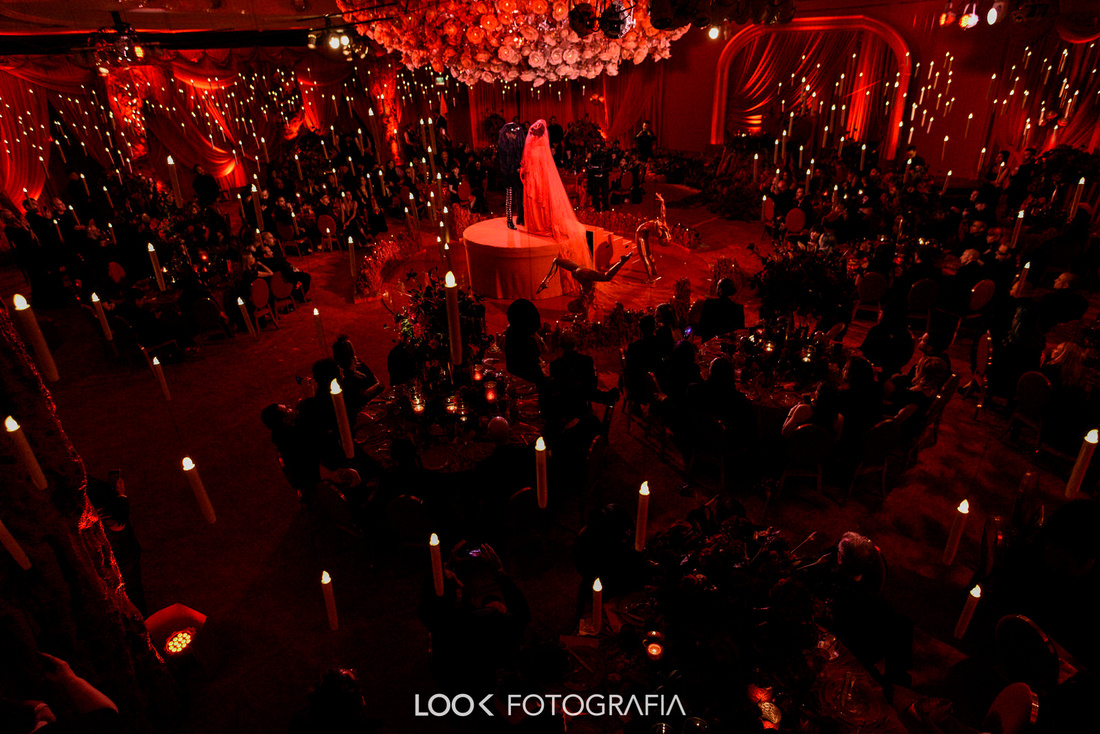 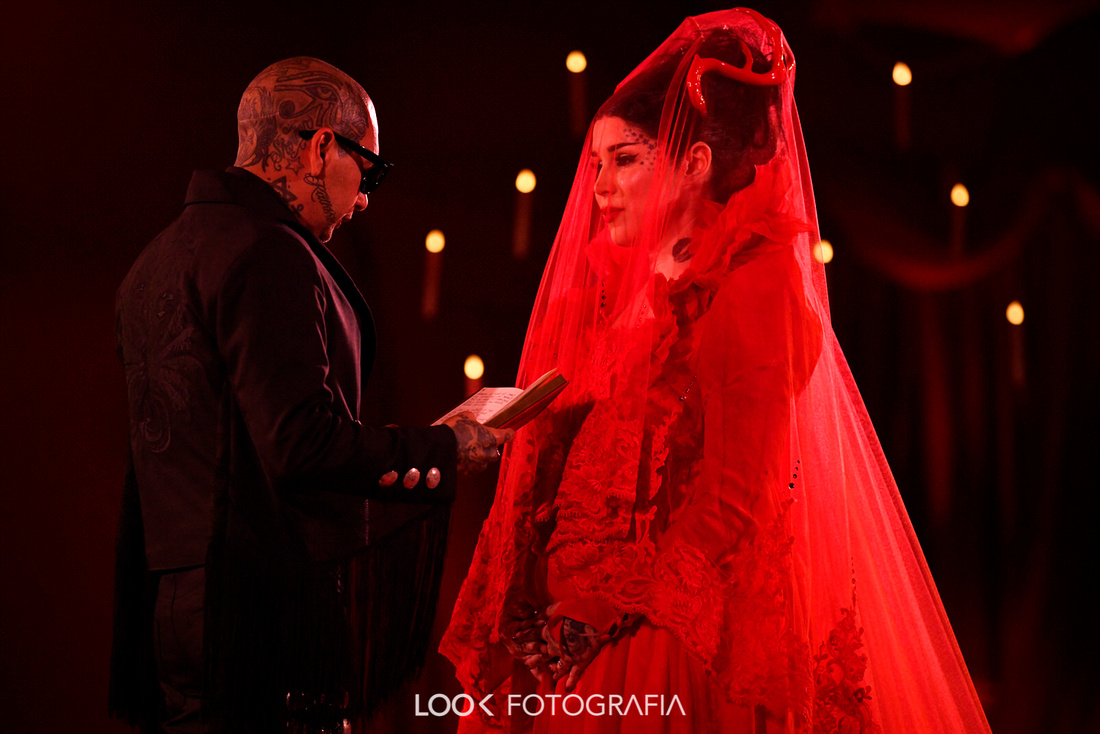 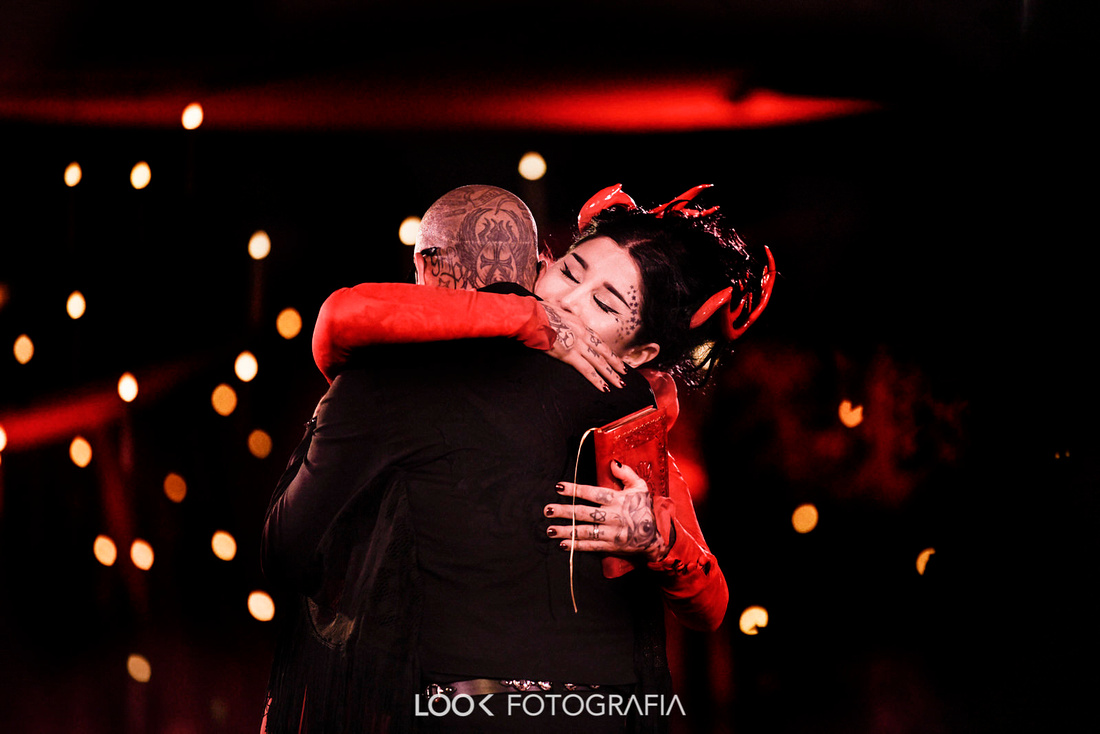 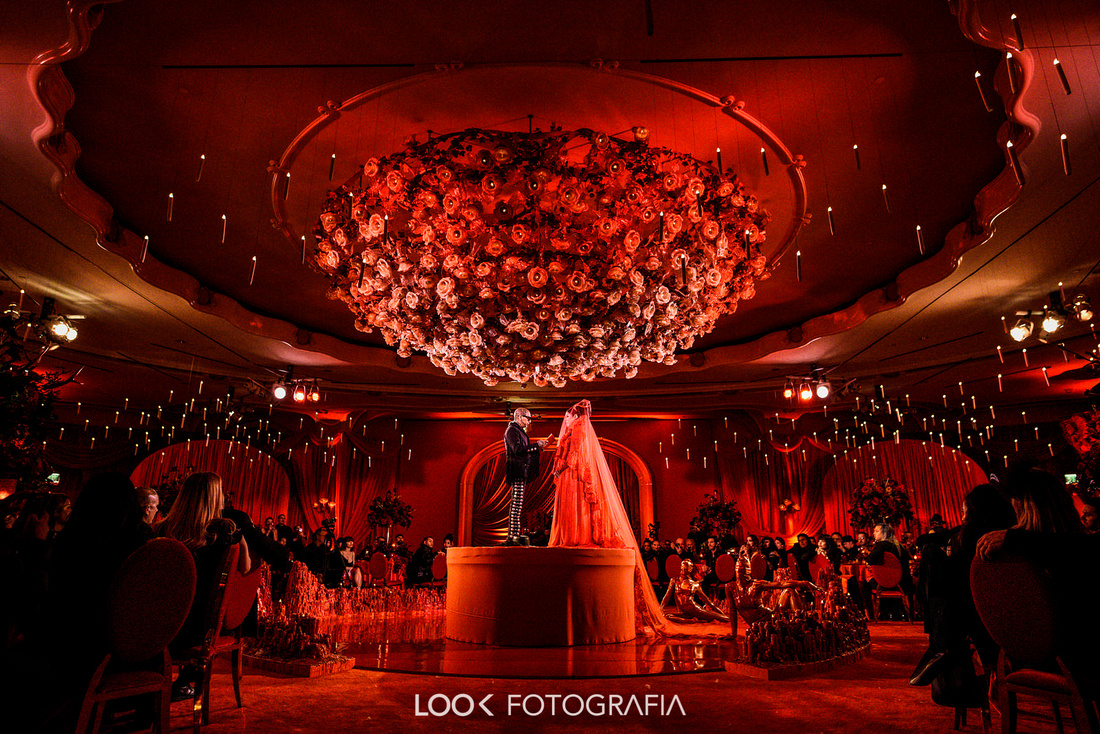 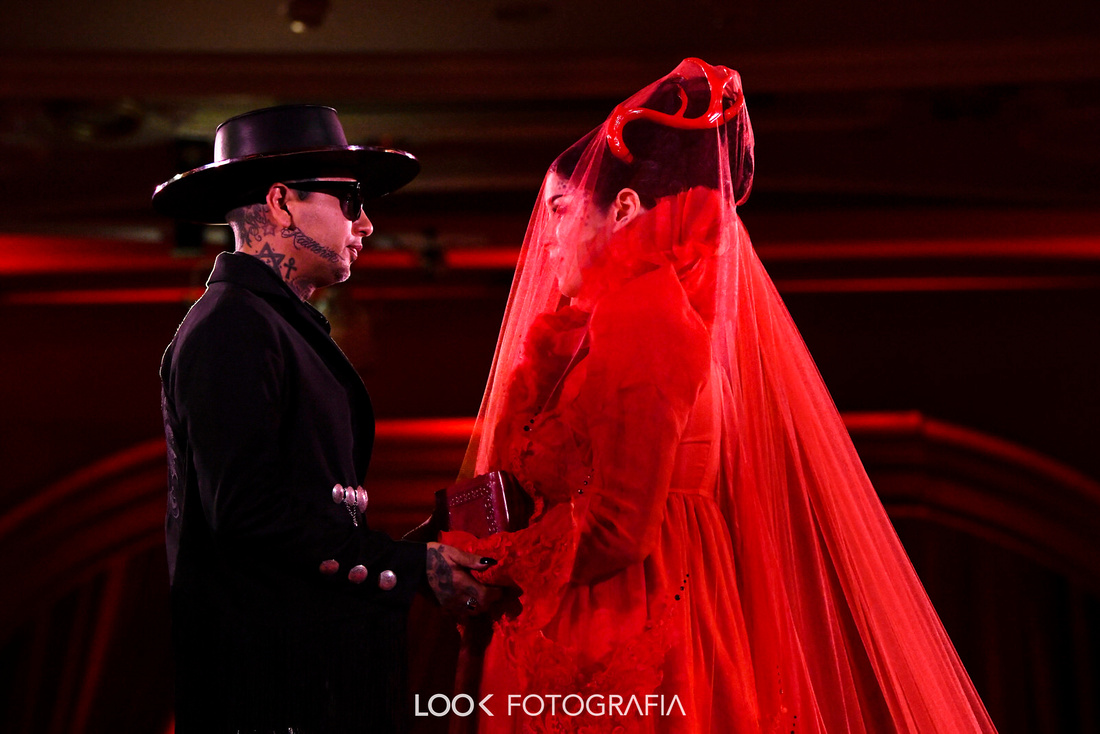 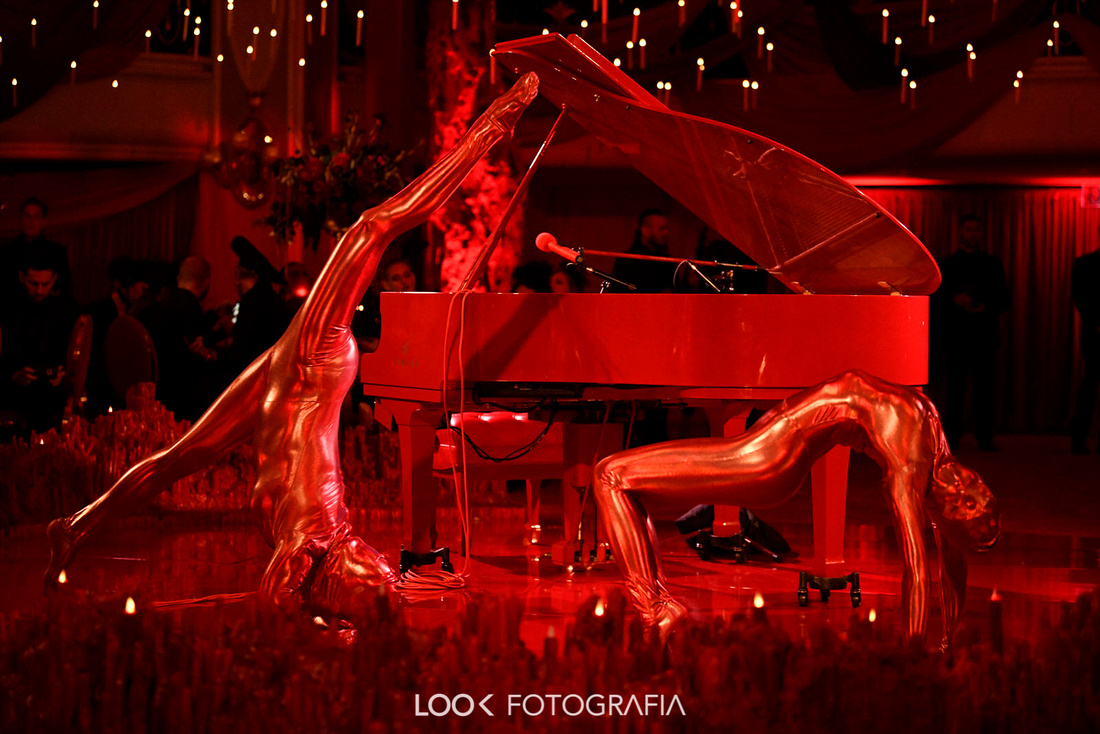 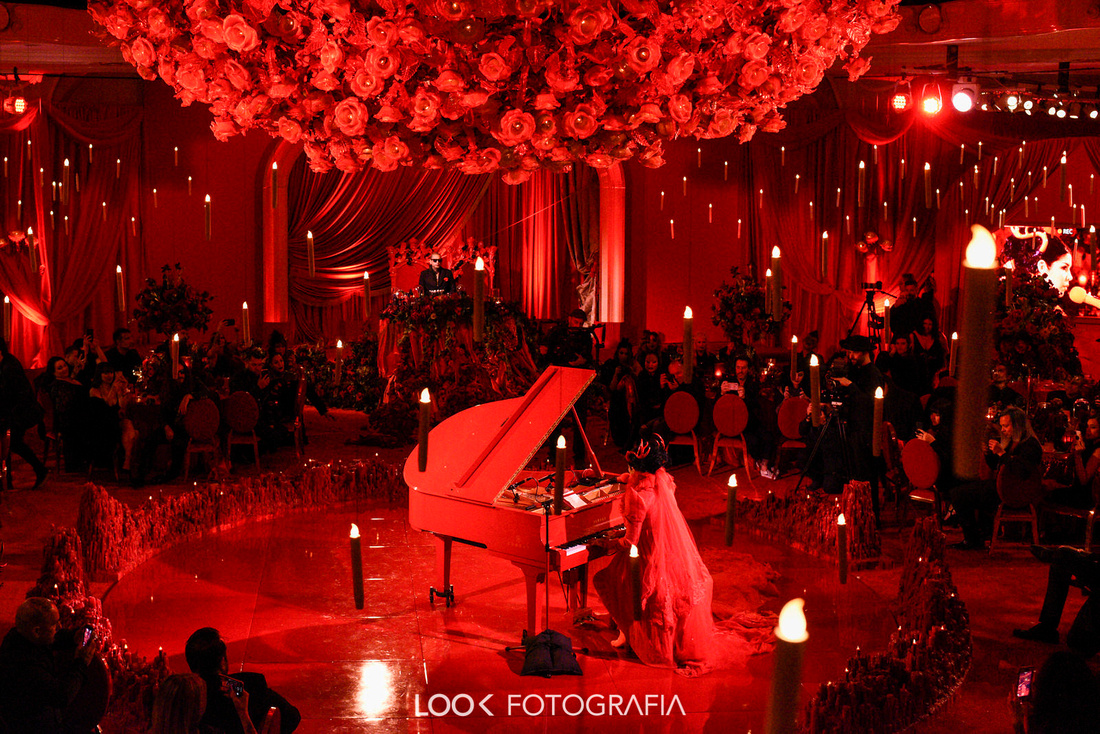 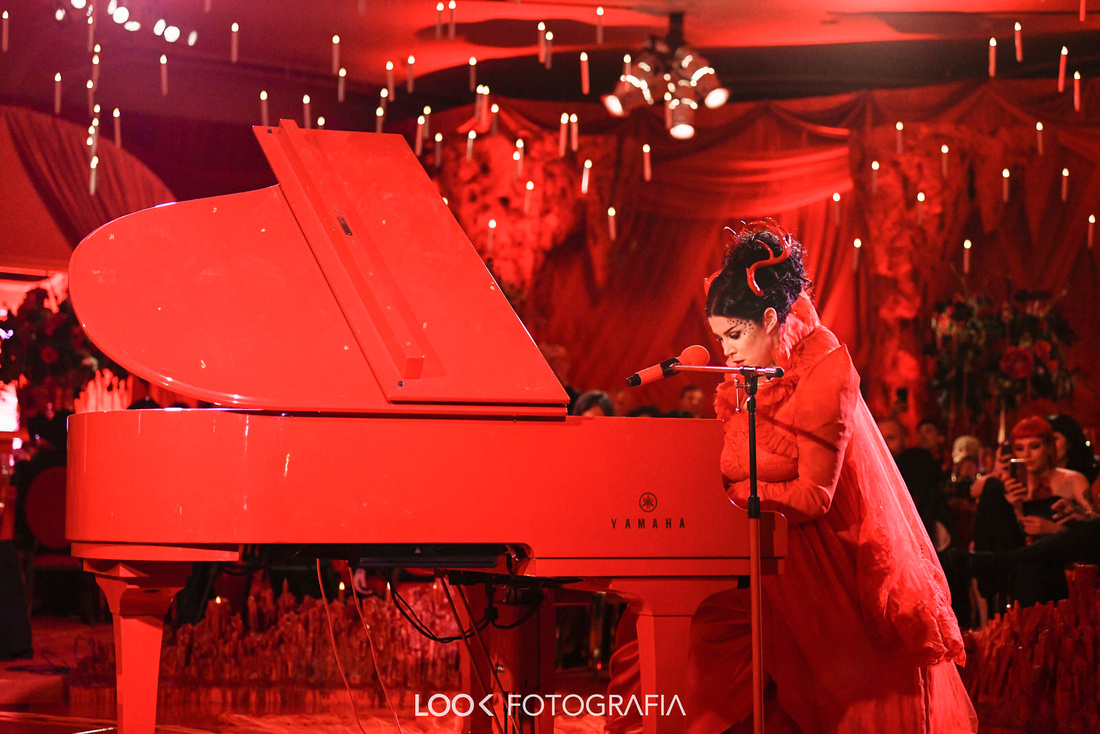 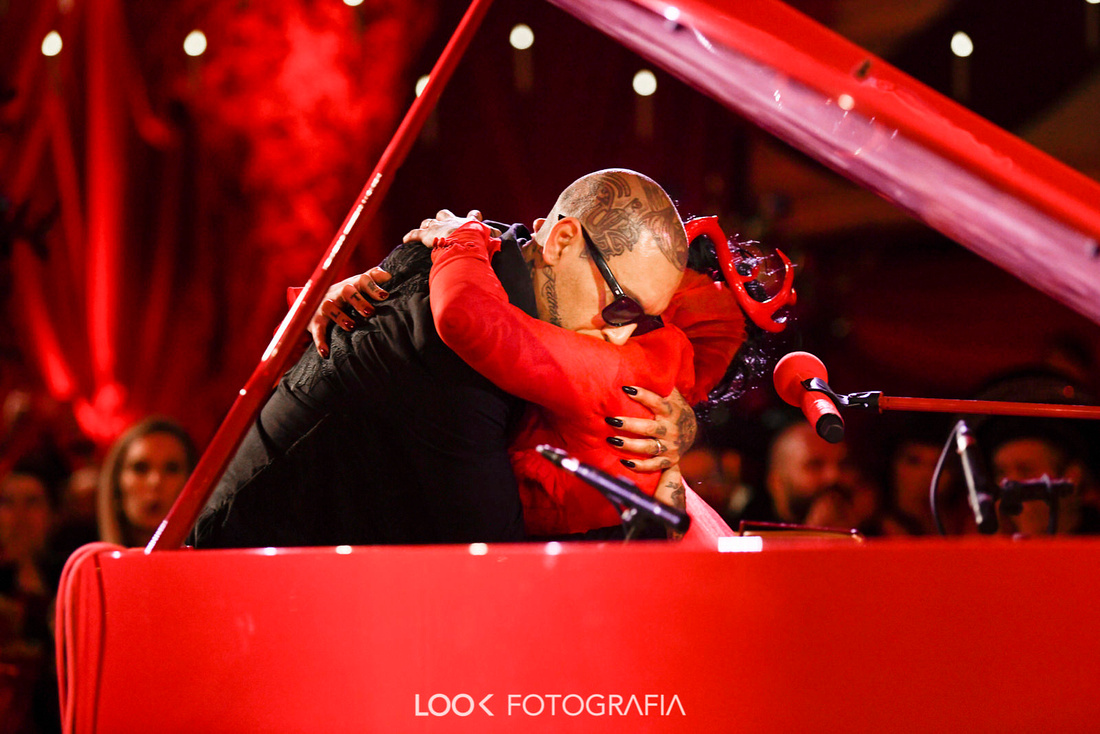 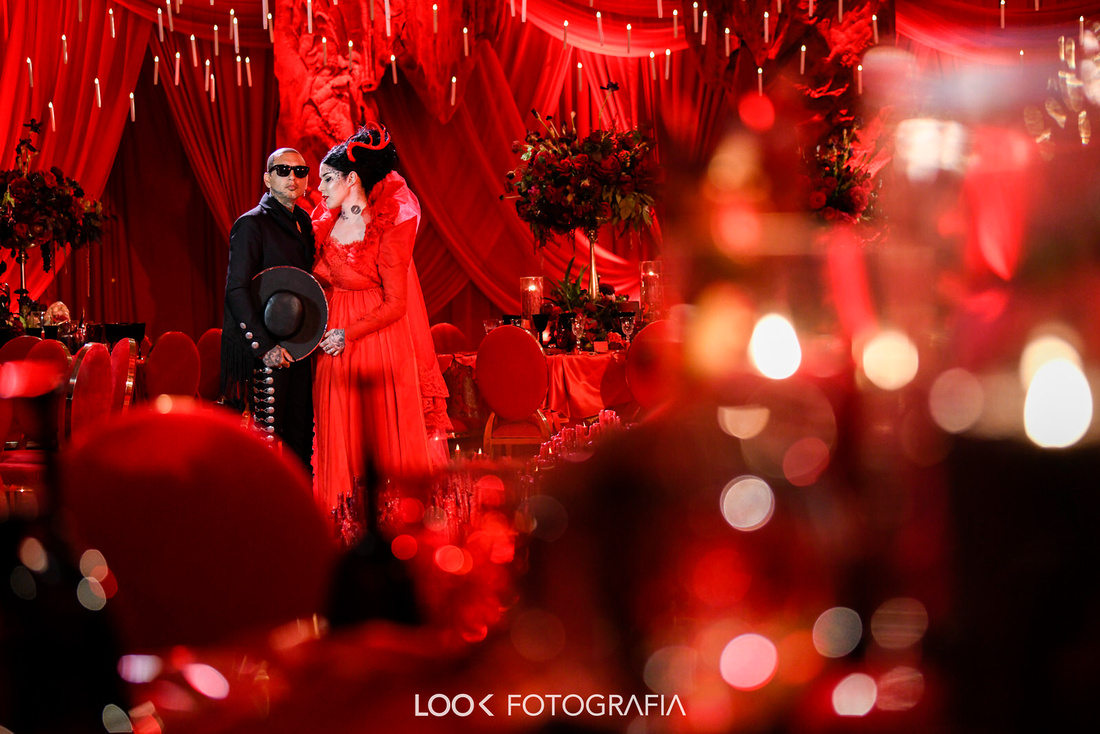